Allow us to help you achieve the peak of health and wellness.

Why use orthopedic pain cream to avoid narcotic addiction

Posted on September 29, 2018 by kustomwellness

Nonsteroidal anti-inflammatory drugs (NSAIDs) are used for the treatment of musculoskeletal inflammation and pain, both rheumatic and traumatic are associated with arthropathies. NSAID come in various forms, orthopedic pain cream as a topical application provides analgesia by the same mechanism of action as oral NSAIDs, allowing a localized, fast and effective action while minimizing the adverse reactions derived from its oral administration.

Pain, edema, redness, heat and functional disability are the defining elements of an inflammatory process. Most of the manifestations of the inflammatory response go through the activation of cyclooxygenase (COX), an enzymatic complex that catalyzes the transformation of arachidonic acid into cyclic endoperoxides, from which different eicosanoids are synthesized (prostaglandins, prostacyclins, and thromboxanes ) that are actively involved in the genesis, amplification and development of the inflammatory process.
All these substances act as mediators that can exert their action in most of the tissues producing various actions there: the primary prostaglandins are responsible for the onset of pain, vasodilation, and inflammation; prostacyclin causes vasodilation, inhibition of platelet aggregation and fibrinolysis; while thromboxanes induce vasoconstriction and platelet aggregation.
Additionally, arachidonic acid through the intervention of lipoxygenases can give rise to various leukotrienes, which play a very important role in the inflammatory response and pain. Leukotrienes favor exudation and leukocyte aggregation and are powerful chemotaxis, in addition to having vascular actions and bronchoconstrictive properties.
Cyclooxygenase has two isoforms (similar structures with similar actions): COX-1 and COX-2. The first is a physiological form that is found in a normal way in most cells and tissues of the body, but especially in the kidney, gastrointestinal tract, monocytes/macrophages, and platelets. It is expressed by releasing essential prostaglandins (the constitutive calls ) that perform their physiological and homeostatic functions (protection of the gastric mucosa, kidney, platelets, vascular endothelium, etc.). Its concentration, although it may experience moderate increases, remains practically unchanged over time.
In contrast, COX-2 is practically undetectable in normal tissues. It is an inducible form, that is, it seems to manifest in some cells releasing the so-called inflammatory or inducible prostaglandins in response to certain noxious stimuli that lead to the appearance of inflammatory mechanisms and the amplification of pain signals in inflamed areas. This means that in certain circumstances their concentration can increase between 10 and almost 100 times.
All NSAIDs have in common their mechanism of action: most of them act by inhibiting the enzyme COX in a stereospecific and competitive way. Some of them do it in a reversible way, while others do it irreversibly, destroying the catalytic capacity of the enzyme that can not be recovered until the cell synthesizes new molecules of it. The more potent the inhibition of COX, the better anti-inflammatory effect. However – and as mentioned above – cyclooxygenase is a ubiquitous enzyme, present in virtually all cells, its mediation is necessary for the production of certain non-inflammatory prostaglandins that will allow the correct functioning of many organs and systems.

NSAIDs are a heterogeneous group of active ingredients that share therapeutic actions for the treatment of pain, inflammation, and fever. Although their chemical and structural structures can be very different and not necessarily related to each other, giving them different pharmacokinetic properties, their clinical efficacy, as well as their secondary effects, make them comparable among them.
The analgesic activity of NSAIDs is of medium to moderate intensity, especially when compared with the action of opioid analgesics, however, they are used in daily clinical practice because they do not interfere with perception or alter the sensorium. NSAIDs and orthopedic pain cream are indicated, especially in the treatment of pain where prostaglandins have a prominent participation since their analgesic action takes place peripherally by inhibiting the synthesis of prostaglandins generated in response to an injury or tissue injury. 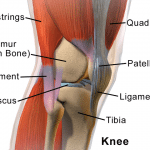 The effectiveness of NSAIDs applied topically in the form of aerosol, gel, emulsion or patch has been repeatedly questioned, attributing in many cases the benefit observed to the message produced in the area during its application. The pharmacists at Kustom Wellness offer compounding services and are available for a consultation to review our process and how this may help you.

Adverse effects associated with the administration of oral NSAIDs are frequent and, among them, those that affect the digestive system are especially relevant (heartburn, dyspepsia, gastritis, gastralgia, diarrhea, constipation, erosions, and gastric and duodenal ulcers).
The use of topical NSAIDs has been shown to greatly reduce the risk of gastrointestinal complications, since, although the drug is at pharmacologically significant concentrations in tissues adjacent to the area of application, plasma concentrations are much lower to those achieved after the administration of the same dose orally, which undoubtedly contributes to its lower gastro-toxicity. In any case, treatment in large areas should be avoided for a long period of time.
Local skin reactions associated with topical administration are usually infrequent and mild in nature: rash, itching, redness or stinging in the area of contact with the drug and very rarely (one in 10,000 patients) photosensitivity reactions with signs of sunburn with itching, swelling, and blisters.
In general, it can be stated that the topical administration of orthopedic pain cream is well tolerated and in the case of the appearance of some irritative skin effect, it usually yields when the local therapy is withdrawn.

Blog Headline: Use orthopedic pain cream to avoid narcotic addiction Blog Description: Nonsteroidal anti-inflammatory drugs (NSAIDs) are used for the treatment of musculoskeletal inflammation and pain, both rheumatic and traumatic are associated with arthropathies. NSAID come in various forms, orthopedic pain cream as a topical application provides analgesia by the same mechanism of action as oral NSAIDs, allowing a localized, fast and effective action while minimizing the adverse reactions derived from its oral administration.
This entry was posted in Compounding. Bookmark the permalink.